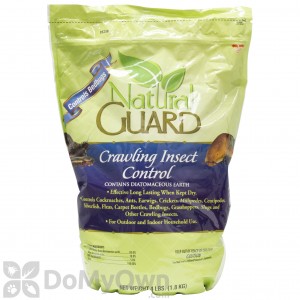 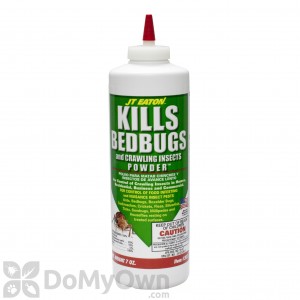 Diatomaceous Earth is derived from naturally-occurring elements.
Diatomaceous Earth is made up of tiny, naturally-occurring, fossilized water plants (or hard-shelled algae) called diatoms. When these diatoms are crushed they turn into a very fine off-white powder with an abrasive property similar to pumice. Typically, the chemical composition of diatomaceous earth is as follows: 86% silica, 5% sodium, 3% magnesium, and 2 % iron.

Diatomaceous Earth has many practical uses in addition to pesticides.
Diatomaceous Earth is most commonly used as a filtering agent, especially for swimming pools. It has also been used as a mild abrasive, an absorbent for liquids, cat litter, a component of dynamite, and a thermal insulator (due to its being heat resistant).

Diatomaceous Earth Dual-Action: begins working on contact or ingestion for faster kill.
When dusted lightly into cracks, crevices, and voids, Diatomaceous Earth readily sticks to the hairy bodies of most crawling insects. Because of the abrasive property of Diatomaceous Earth, it begins to break through the protective layers of outer skin, becoming absorbed by the insect body and resulting in rapid dehydration. The insect that makes contact with or ingests Diatomaceous Earth literally dries up and dies.

Diatomaceous Earth is one of the safest pesticides for home use.
However because of its drying properties, one should always wear gloves to protect the hands, and avoid directly inhaling the dust when applying Mother Earth D or other products containing Diatomaceous Earth.

17 of 19 people found this article informative and helpful.