Does Archer IGR effect new flea eggs even after it has been dried?

IGRs are made based on the way insects develop or behave. They target or mimic hormones that control the phases of molting, or the changes from larval to adult forms. There are different types of IGRs; they will target different aspects of the insect’s growth processes, all with the goal to prevent reproductive adults.  Chitin synthesis inhibitors: Chitin is a component of the exoskeleton. If chitin synthesis inhibitors are employed, when an insect molts it cannot form a new exoskeleton, causing the insect to die. It can also interfere with egg development. Juvenile hormone analogs or mimics: During molting, the influx of the juvenile hormones will prevent the insect from forming into the next life cycle phase, keeping it at a larval stage and preventing the insect from maturing into an adult. Anti-juvenile hormones: This will block juvenile hormone production, causing young larval stages to molt too soon into a non-functioning adult. Archer IGR and other IGRs will leave a residual after it has dried. It retains activity against pre-adult fleas for up to 7 months.

0 of 2 people found this answer helpful. 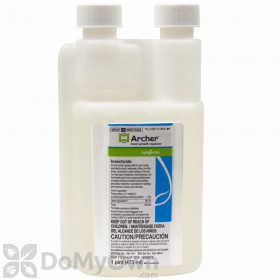