What will happen to termites located up in the stud wall after application of Termidor around the house?

Termites that are above the ground in the house when you perform an in ground Termidor treatment will die when they go back down to the ground.  Termites in your walls don't stay there.  Their job is to eat the wood, the colony's food, and then they take it back underground to feed the rest of the colony below the ground where the queen is.  The termites go up and down, up and down, up and down, every day.  So when you perform a liquid termite treatment, the termites that are below the surface that have not made it up into the house yet will take the Termidor on their bodies up into the house and spread it around to all the termites, and vice versa, any termites up in the walls heading down to take what they have eaten down to the queen and other colony members will have to go through the Termidor barrier you installed and they will become infected at that point as well. 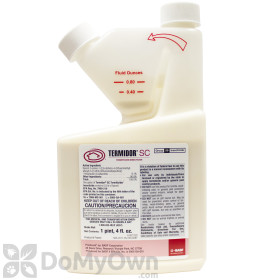