Can I use Advion Ant Bait Gel along with other hardware store bait gels such as Terro?

I have lots of Terro bait stations placed around my house that seem to be killing the ants but I'm still seeing plenty of live ones. I've decided to try the Advion Ant Bait Gel in hopes that it's kill time is more delayed and gives them time to get back to the colony. Is it ok to place this bait next to or near the Terro or will it create problems with cross-contamination. I've got the Terro placed where they seem to be feeding so it would be ideal to just add this to the same area.

We wouldn't necessarily recommend using a second bait if the ants are actually eating the bait. Not because they would cross contaminate each other but because they will have pretty much the same effect as one another. Instead you may want to consider using a product such as Phantom Aerosol. Phantom is a non-repellent insecticide that has a delayed reaction which allows ants time to get back to the colony and spread the product. In essence, the ants will not be able to tell that the product is in place and they will pick it up on the fine hairs all over their body and inadvertently carry it back to the colony where over a course of a few days it will knock out the entire colony. Phantom works really well because you don't have to worry about whether the ants will all take the bait, they just need to walk over the treated areas. Phantom should be applied around baseboards, door frames, window frames and places where utilities (cables, pipes and wires) enter through the wall as these are the most likely places for the ants to enter/exit.

10 of 11 people found this answer helpful. 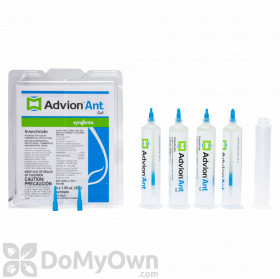