Fipronil is one of the newest names on the market for pest control, effective in the elimination of ants, roaches, termites, and other common pests. This Phenylpyrazole family insecticide packs a powerful punch, with a projected kill rate of up to 95% of ants and roaches within just 3 to 5 days. 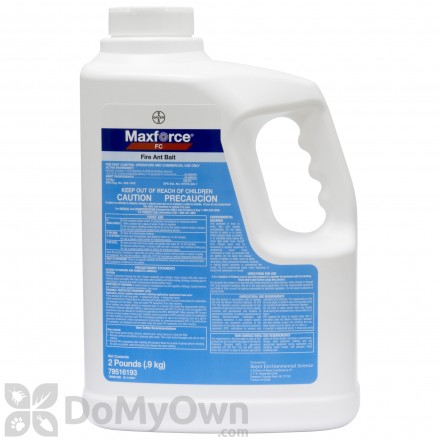 While most ingredients on the market are designed to kill household pests immediately upon contact, fipronil is unique in that it is a slow-acting poison which allows the poisoned insect time to return to the colony and spread the poison to others, resulting in more effective colony elimination.

Fipronil works through both contact and ingestion.
Fipronil is added to gel baits and bait stations and will poison an insect by simply making contact with fipronil or ingesting a fipronil-based bait. Once absorbed through the insect’s outside skin or ingested, fipronil’s ingredients launch a slow, deadly attack on the insect’s central nervous system. This attack sends the insect’s nerves and muscles into hyperexcitation, leaving it unable to perform basic functions like grooming and feeding itself. Eventually, the affected insect will die, but not before returning to the colony and passing the poison to others through physical contact, feces, and bait sharing.

Fipronil has been classified by the EPA as low hazard to humans, dogs, and cats.

Many of our customers have expressed concern as to the safety of applying products containing fipronil in areas used by children and pets. In actuality, there is a higher percentage of the active ingredient fipronil used in Frontline dog collars (used to control fleas and ticks) than is contained in either Termidor or MaxForce pest control products.

In the US, professional strength ant fipronil based gels are sold under the MaxForce brand which you can purchase over the internet via the DoMyOwn.com website. The consumer strength is sold under the Combat brand name.

For more information in regards to pest control or pest control equipment, please feel free to contact a DoMyOwn.com representative.