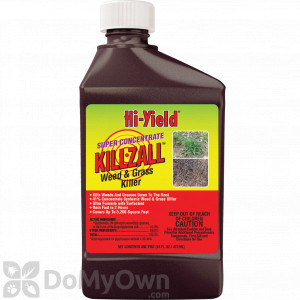 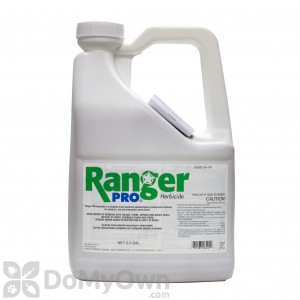 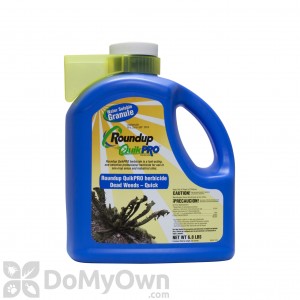 Glyphosate is an active ingredient in herbicides like Monsanto's Roundup QuikPRO.  QuickPRO also contains 2.9% diquat, a desiccant and plant growth regulator that provides faster burndown of weeds and other unwanted plants.  Both Roundup and its generic, Ranger Pro herbicide, contain 41% Glyphosate formulated in a water-soluble liquid with surfactant.

How Does Glyphosate Work?

Glyphosate is a non-selective, post-emergent herbicide.  Plants including weeds, grasses, annuals, perennials, and woody plants absorb glyphosate through their leaves and green stems, where it then inhibits growth and works through the entire plant into the root system to kill the plant.  Glyphosate is absorbed into soil particles where it breaks down naturally to become inactive, therefore it does not transfer to or kill neighboring plants through the soil.

How soon will I see results?

Glyphosate will kill unwanted plants in as little as a few days for some weeds, or up to several weeks for larger plants.  Visible effects include wilting and yellowing, followed by complete browning, deterioration, and ultimate decomposition of plants.

How toxic is glyphosate?

While glyphosate is one of the most toxic herbicides, its toxicity is very low to humans, animals, and birds.  Fish and insects are slightly more sensitive to glyphosate.

Related Articles:
What Are Herbicides?

4 of 6 people found this article informative and helpful.