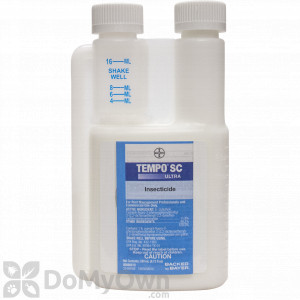 Japanese beetles destroy flowers, trees, shrubs and other vegetation. These beetles can be found throughout most states east of the Mississippi River. Partial infestations also occur west of the Mississippi River in Arkansas, Iowa, Kansas, Minnesota, Missouri and Oklahoma. Both the grub stage and the adult stage of the beetle cause damage to your landscaping from the roots up.

The adult Japanese beetle (often referred to as a "jitterbug") is about 1.5 cm long and 1 cm wide, with shiny copper-colored outer wings and a shiny green thorax and head. This beetle has six tiny tufts of white hair along the sides and back of its body under the edges of its wings. The males usually are a bit smaller than the females. You are most likely to see the adults in late spring or early summer.  During winter, Japanese Beetles overwinter int he soil as larvae (grubs) .

Adults feed on nearly 300 different host plants. Some of the more common ornamental plants include: roses, flowering cherry, flowering crabapple, zinnias, Virginia creeper, Boston ivy, linden, birch, canna, elm, and marigolds. Adults feed during the day, favoring hot weather and plants growing with full exposure to the sun. Adults also consume flowers and foliage of many other host plants.  Japanese beetles usually feed in groups, starting at the top of a plant and working downward. While a single beetle doesn't eat much; group feeding by many causes severe damage.

The Japanese beetle life cycle takes about one year from egg to the end stage of life.  After mating females live 30 to 45 days, they lay anywhre 40 to 60 eggs in the soil. Larvae hatch from the eggs in 10 to 12 days. They feed on grass roots until late September when cool soil temperatures cause larvae to move downward into the soil to overwinter.  Development is completed the following spring. One generation occurs each year.

Japanese Beetle Traps:  Many homeowners who try to use Japanese beetle traps are not very successful because:  1) Traps are placed in close proximity to vulnerable plants; 2) Too few traps are used in a given community; 3) Japanese beetles are attracted from neighboring homes to the powerful lure used in the trap, resulting in much more damage than the homeowner originally had.

Talstar is very effective in controlling Japanese beetles. Talstar can be sprayed on most plants without the worry of causing damage or burns. Make applications every 3-4 weeks duing peak beetle seasons to maintain control.
Demon, Cynoff and Suspend SC are also effective. Using Demon or Cynoff may cause damage or burning of fragile or delicate plants so caution should be used when applying these products.

39 of 54 people found this article informative and helpful.