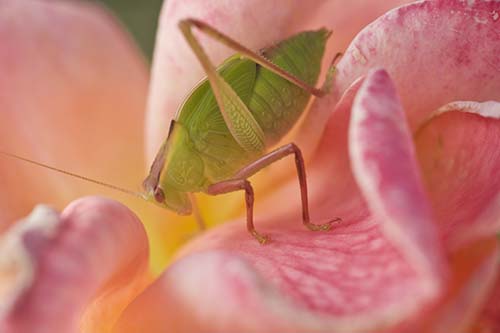 Aphids are small pests that can damage plants and crops as they suck sap from the plants and leave behind a sticky substance that attracts ants, mold, and fungi. The best way to combat plant damage is to prevent aphids from entering your yard in the first place. While you cannot guarantee an aphid-free yard, there are steps you can take to help prevent aphids. These steps are especially helpful if you have had a previous aphid infestation. Read below for more information.

Have an active infestation in your yard? Read our guide on how to get rid of aphids for treatment options.

Use a Slow Release Fertilizer

Aphids are attracted to an abundance of new foliage on over-fertilized plants. Slow release fertilizer will help plants grow and bloom at a steady pace. 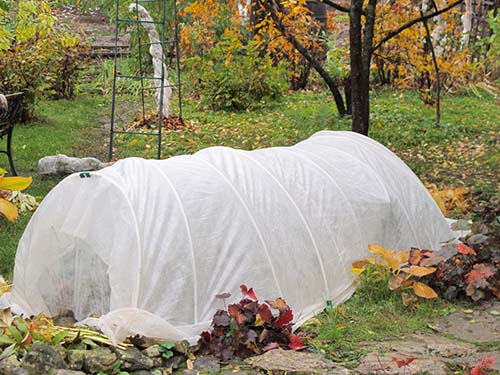 Begin growing your seedlings indoors or using plant covers until the plants are strong and established. This will prevent new, weaker plants from coming into contact with aphids. New plants are less likely to fend off/survive aphid damage.

Watch the video below for information on how to grow plant seedlings indoors.

Use Natural Predators to Eat Aphids 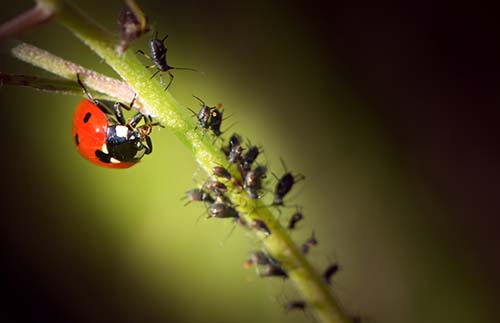 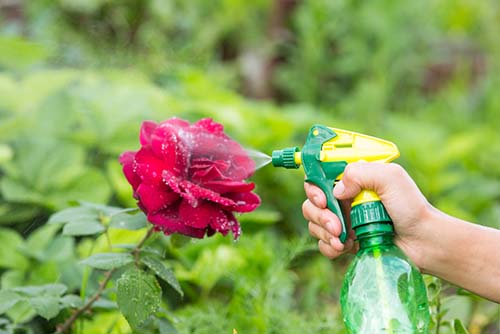 Insecticide applications can be used for both short-term and long-term aphid control.

Systemic insecticides can be used in the spring for aphid prevention. Topical sprays like Talstar P and Bifen IT provide quick knockdown and protect plants from aphids.

Soil drenches are ideal for trees and shrubs, as the insecticide will move from the roots up into the plant for longer control. Perform drenches after petals fall on flowering plants and trees to protect pollinators.

In greenhouses, Ultra-Pure Horticultural Oil is a popular choice as it is labeled for use on many edibles and ornamentals and has a lower burn risk.

Rotate topical products after 2 or 3 treatments to prevent aphid resistance.

Be sure to check the label of your product for instructions on where it can be used. Some products are meant for outdoors only while others can be used indoors and in greenhouses.

We hope you have found this guide helpful. If you are not sure if you have aphids, our guide on what aphids look like will help you make a positive identification. Where do aphids hide will help you examine your garden and plants for the small pests, and how to get rid of aphids will cover your treatment options.

If you have any further questions about aphids or the products mentioned in this guide, give our customer service team a call at 866-581-7378 or email support@domyown.com.

1 of 1 people found this article informative and helpful.