What To Look For

Mole activity in your yard will cause unsightly and annoying ridges and secondary damage to plants and turf, so it is important to know what signs to look for when inspecting for moles and mole damage. 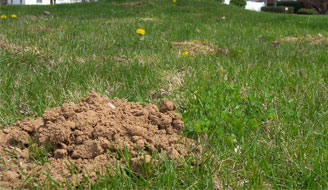 Mole damage occurs when moles move through their tunnels to feed. Here is what mole damage looks like: 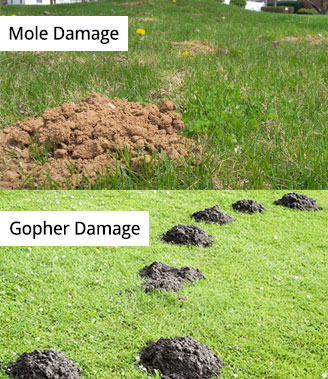 When & Where Mole Damage Can Occur

Moles are present and feed throughout the year, so damage can occur at any time.

It might seem like there is an army of moles ruining your lawn, but moles are generally solitary creatures, although several may be active in the same area.

Moles move to where their food source is most abundant. This means they may be present in your yard for a few weeks and move on, but come back at a different time of year, as the available change throughout the seasons. This makes their behavior and presence somewhat unpredictable.

Moles may prefer certain types of soil over others, like moist, sandy, or loamy, but if your lawn is full of potential food, less than ideal soil will likely not deter a mole.

152 of 155 people found this article informative and helpful.