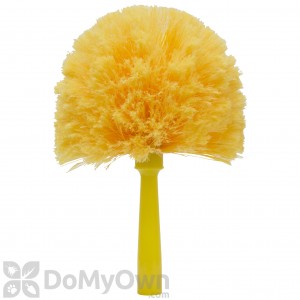 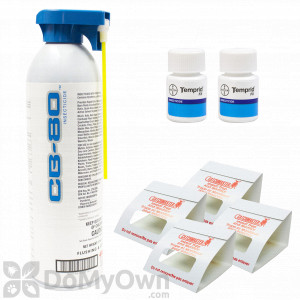 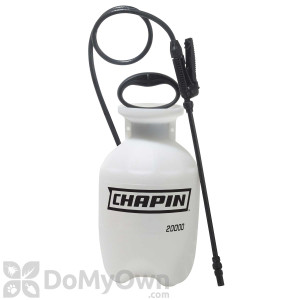 Spider ID: Females are jet black, shiny and are about ½ inch long. Have a very distinct red hourglass shape on the underside of their abdomen. Males are half as large as females.

• Pain from a bite may not be felt immediately, but some people do feel instant pain.

• Swelling will occur near bite site, followed by extreme pain that spreads throughout body.

• To diminish symptoms, medication can be administered by a physician.

Spider ID: Light brown legs and body. There is a distinct dark brown violin shaped marking on head and thorax.

• Initially little or no pain, but a localized, intense pain and inflammation develops over several hours.

• A large ulcerous sore forms around the bite after a few days, can take 2 to 3 months to heal, leaves a disfiguring scar.

• There is no specific anti-venom but other treatments can be used to promote healing.

Spider ID: This spider is about a ¼ to 5/8 inches in length. It is brown with a distinct pattern of yellow markings on its back. These spiders do not climb but are very fast runners. They are likely to attack if provoked or threatened.

• The bite can go completely unnoticed.

• After 15 minutes, a blister begins to form.

• Bites have been reported to cause severe headaches that last for several days.

• Some report a necrotic wound to develop that takes months to heal but this can also be caused by other factors.

Spider ID: These spiders are often misidentified as brown recluse spiders. They are very small, about ¼ inch to 3/8 of an inch long and no conspicuous markings but their front legs are longer than the rest of their body and legs. They are very pale and can be yellow, greenish, and tan.

• A stinging sensation, redness, and mild swelling is common.

• The bite may blister and break, leaving a sore that can last for several weeks.

• Can causes the person to feel slightly sick.

• Experts believe this spider causes more bites than any other.

Spider ID: Vary from a brown head to a black or gray thorax. They are a ½ inch long and have a distinctive white or pink pattern on their middles and are covered in fine hairs, appear velvety.

• Generally considered to be non-toxic, yet some have allergic reactions to the bites.

• There is a range of severity but localized allergic swelling and itching and initial pain can occur.

Large (Wolf) Spider Bites: Large spiders, such as the wolf spider that is commonly found in the United States, look creepy but are mostly harmless. Their bites will be felt, because of their large size, but are not considered to be dangerous. Most of the time, you can treat this spider bite as any other mild spider bite. Outside of the United States, some large spiders are considered dangerous.

If a spider has bitten you, try to capture the spider to bring it in to medical professionals. Identifying the spider is a key step to treating the bite, and a spider bite can never be completely diagnosed without the culprit to identify.

• Use a damp, cold cloth or a cloth filled with ice to reduce swelling

• Tie a snug bandage above bite to slow spread of venom (ensure this is not too tight!)

• Do not attempt to remove venom

• Take acetaminophen or an antihistamine to reduce swelling and pain

Spiders are among the most feared arthropods. Their eight eyes and eight legs make for a creepy appearance, but most spiders are completely harmless. It is very common for any minor skin irritation to be blamed on spiders, even though other insects cause over half of all suspected spider bites. Regardless of their overall harmlessness, many are still alarmed by the potential of finding dangerous spiders like a brown recluse or a black widow in their homes. Brown recluse spider bites and black widow spider bites are cause for alarm, but these are rarely encountered. It is important to know more about spiders and spider identification so you can know which ones that can require medical attention, which ones can be ignored, and how to treat spider bites yourself if they are minor.

Many people are convinced that all spiders are out to bite them. While all spiders have a set of fangs, most spiders cannot break human skin. Those who can do not always inject venom, and the venom may not be harmful to humans. Spiders are usually timid and prefer to hide in areas humans tend to frequent less, like basements, garages, and attics.

Why Do Spiders Bite Humans?

Generally, spiders will only bite if threatened or handled, and most bites hurt less than a bee sting.

A typical non-dangerous spider bite symptoms consist of localized reddening with various degrees of swelling, itching, and pain. This is what you can expect with most spider bites, but there are some species that can cause more extreme reactions. Any time you get bitten, the only sure way to receive proper treatment is to capture the spider and bring it in with you for identification.

There are a few commonly encountered spiders that produce medically significant reactions. Most importantly are the black widow spider and the brown recluse spider. These spiders have been known to cause extreme reactions, including shortness of breath, necrotic wounds, and in rare cases, death in children or unhealthy adults. Some spiders, like the sac spider or hobo spider, cause headaches, painful wounds, and other symptoms that may require medical attention.

See this spider identification guide graphic (above) for the identification, symptoms, and treatment of all commonly encountered dangerous spiders. The idendification guide lists all possible reactions and symptoms and has pictures of spider bites. Remember, everyone reacts to all spider bites differently; you may experience one symptom or several. When in doubt, see a medical professional.

Below is more information on these spiders: