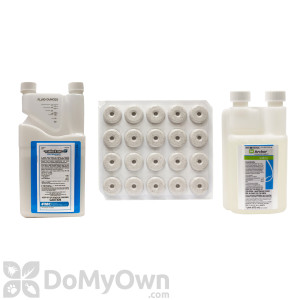 Gallinipper mosquitoes are giant mosquitoes that have been making headlines lately with concern of their size and potential to take over. While these are very large mosquitoes, they don’t differ too much from the mosquitoes we are used to. This page provides information about what these relatively huge mosquitoes look like, where you might find them, and the products you need to get them under control.

How to Get Rid of & Control Gallinipper Mosquitoes

Although these large mosquitoes look different, they are treated the same way as regular mosquitoes. The big difference is that this species of mosquito does not lay eggs in standing water; so treating any standing water on your property will not give you any control over gallinipper mosquitoes.

*Read our mosquito treatment guide: How to Get Rid of Mosquitoes

236 of 253 people found this article informative and helpful.