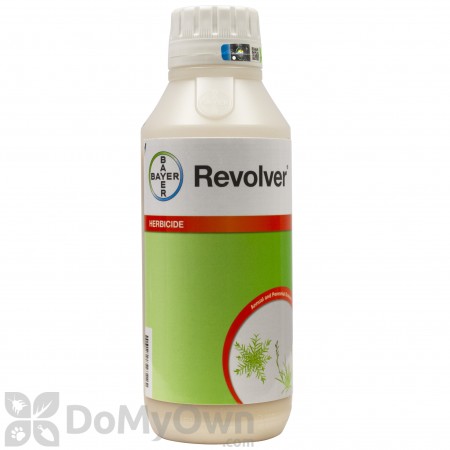 When can I use Revolver?

Turf managers can use Revolver anytime the temperature is warm enough. If using Revolver as a transition aid, applications are made in the spring. When using it to remove undesirable grasses in actively growing bermudagrass or zoysiagrass, Revolver can be applied anytime the weeds are present. Two or more applications of Revolver six to eight days apart may be needed to control goosegrass.

How fast does Revolver work?

Speed of removal depends on air temperature. Warmer temperatures lead to faster removal. At temperatures of 70 degrees F and higher, removal of undesirable cool-season grasses can take place in one week or less. If temperatures are 60 degrees F. or lower, removal could take two to three weeks or longer. Turf managers are best advised to use Revolver as a transition aid when warm-season grasses are strongly coming out of dormancy. This timing could vary from early March in South Florida to late May in the Carolinas. On the other hand, turf managers can use Revolver to remove volunteer ryegrass – or clumpy rye – whenever the desirable grass is actively growing. It is not advisable to use Revolver during cold periods during the winter.

Have a question about this product?
Q
Revolver Selective Herbicide is said to kill Poa Annua, but will it harm my residential lawn?

I am hoping not to have to Roundup my entire lawn to get rid of Poa annua, it has been gaining ground over the last few years over all of my pre emergence treatment

Revolver Selective Herbicide is labeled to be used on Bermudagrass, Zoysiagrass, and Buffalograss in commercial areas only to control Poa annua and should not harm the listed tolerant grass species when used as directed on the product label.

10 of 11 people found this answer helpful

Q
What is the concentration of Revolver per gallon treating tall fescue?
A
You will need to use 0.4fl oz  - 0.8 fl oz per 1,000 sq ft of area that needs to be treated. Use the higher usage rate for hard to kill weeds. The amount of water used to apply Revolver herbicide is not critical, but should be sufficient for uniform coverage of the target area. Calibrate by determining the volume of water required to treat 1,000 square feet. Use this calibration volume to determine the amount of water and Revolver herbicide needed to treat the target area (see the following calibration example). Note: Sprayer calibration (volume of spray needed to treat 1,000 square feet) will vary with each individual operator.
Steps in Calibration:
1. Mark an area of 1,000 square feet (i.e. 20 by 50 feet or 25 by 40 feet).
2. Place the sprayer on a level surface and add water noting the final level of water in the spray tank.
3. Spray the marked area with a sufficient volume of water to provide uniform coverage. Refill the sprayer to the same level as before measuring the amount of water added. The measured water added to the sprayer is the volume needed to cover 1,000 square feet.
4. Determine the application rate (0.4fl oz  - 0.8 fl oz per 1,000 sq ft.) for Revolver from the Recommendations section of this label.
5. To each volume of water used as measured in step 3, add the amount of Revolver as determined in step 4.
Example: If the sprayer uses 1 gallons of water to cover 1,000 square feet and the desired application rate of Revolver is .8 fl oz/1,000 square feet, then you would add .8  fluid ounces of Revolver to every 1 gallon of water to be used."

9 of 14 people found this answer helpful

Q
Will Tenacity harm my bermuda?

I believe I have a bentgrass problem in my bermuda, and it looks like tenacity is the only bentgrass killer. On its label, it doesn't say bermuda is one of its turf grasses. Any help would be great. I have a couple pictures of my specific bentgrass.

Tenacity can only be used on bermudagrass that is still dormant when trying to remove weeds or target grasses from it. If the bermuda is only semi dormant you will see whitening and damage to the bermuda. There are a few other potential options for you to remove the bentgrass from your bermuda lawn, though. Drive XLR8 is listed to control creeping bentgrass and has multiple rate options for it in bermuda lawns. You will need to use a Non Ionic Surfactant with the Drive XLR8 to acheive the best results. Revolver Herbicide is specifically labeled to target bentgrass as well in warm season turfs. Bonide Weed Beater Ultra is safe for use on bermuda and other turf species and specifically says to not use it on bentgrass. So while bentgrass is not listed as a target weed it makes it clear using it on bentgrass would be harmful to it.

5 of 6 people found this answer helpful