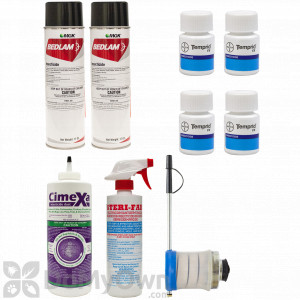 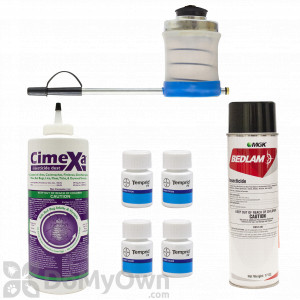 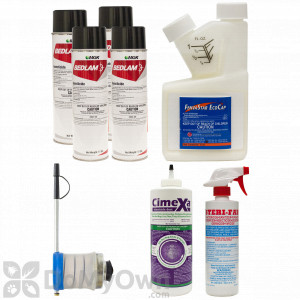 Types of Bed bugs or Cimicids:

The most common mistake is that people assume that other ectoparasites are bed bugs! Though the body anatomy and colors from afar with the naked eye makes for a compelling comparison, but up close and by nature these external parasites are all completely different. Some refer to these common species as black bed bugs, but bed bugs are not black. They are a rusty brown red color.

The tick practices hematophagy, or the requirement of a blood meal, like the bed bug. Ticks are wingless and bear two primary or distinct sections of the head and body regions. The species also locates its potential hosts much like the bed bug with CO2 and heat levels. Ticks are actually small arachnids related closely to spiders. Through development and life cycle, ticks remain very tiny in size in nymph stages. This is where ticks may be commonly confused with bed bugs. The tick species is predominately an outdoor ectoparasite. They also will parasitize most wild life and animals with an occasional human case. Ticks have eight legs and are dark brown to black in color. When the tick is engorged it becomes extremely pale to a tan color and is almost three times its normal size. The life cycle of a tick is usually spent on the host, while bed bugs will discretely feed and leave to a hiding place.

The mites, like ticks, are found in the arachnid class. They are wingless like bed bugs. Mites and bed bugs tend to occupy similar habitats. Mites are extremely small and hard to see with the naked eye. They have a head and body region much like bed bugs, but bed bugs have three body regions. Bed bugs and mites often share a common characteristic to cause allergic reactions in humans. The mite species as a whole is most commonly known to parasitize plants and outdoor species of animals. There are chances that some species can become introduced into homes. Dust mites and some bird mite species are known to occupy homes like the bed bug. In most cases, bed bugs are often preyed upon by the mite species. Mites do not solely feed on blood. The species can survive on soil and water if needed. It is most common for mites to feed on the dead skin and hair of mammals which includes humans.

Louse, or in the plural form, lice, are insects like bed bugs that have adapted to base the species’ life cycle around a preferred host by parasitism.  Lice and bed bug eggs have an adhesive that is produced naturally when they are laid to secure the egg in place when laid. Some species of louse feed on skin, while others feed on secretions and blood. Both crab lice and head lice are a particular problem in humans. Lice are commonly dark gray, but once fed with blood become a dark brown. They have similar life cycles to the other ectoparasites, having nymph stages looking like miniature adults. Though lice are extremely small in comparison to bed bugs, they inhabit more outdoor habitats and outdoor species.

157 of 167 people found this article informative and helpful.