There are thousands of species of mites but only a few that are noticed by humans. Mites most often live near animals but some like clover mites and dust mites can enter homes. Shop our mite control products and read below to identify the types of mites humans may encounter. 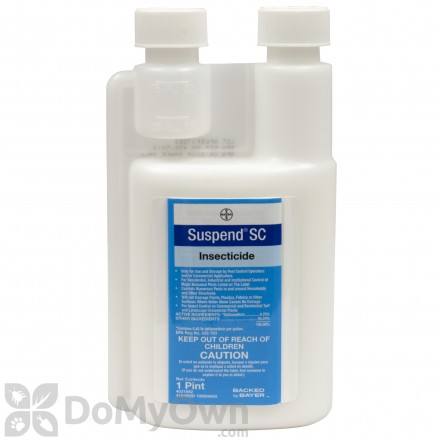 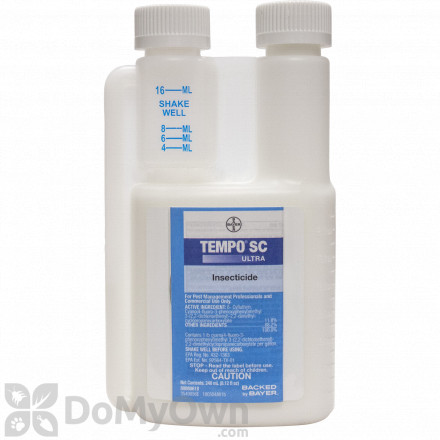 A professional insecticide that controls insects in commercial and residential, areas both indoors and outdoors.
Quick View 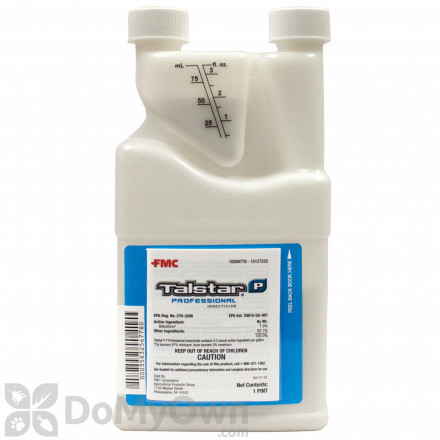 A professional insecticide with residual control for termites and 75 other insects for commercial & residential indoor & outdoor areas.
Quick View 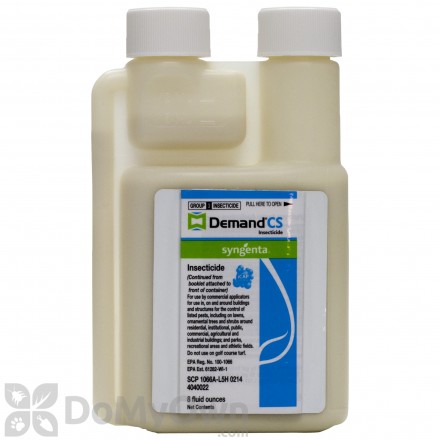 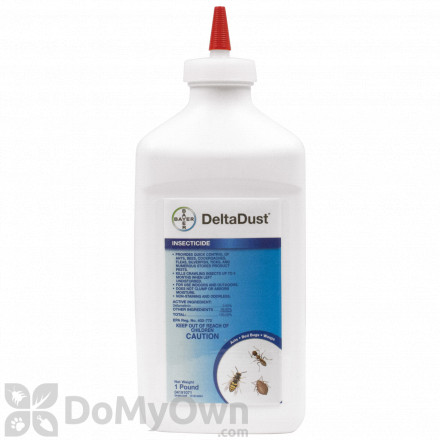 An professional insecticide dust that is the only waterproof dust available, ideal for wall voids and cracks and crevices.
Quick View 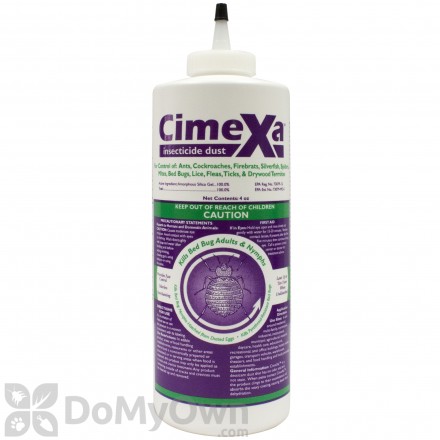 Odor-free insecticide dust that provides the most effective and long-lasting bed bug control, as well as get rid of other insect pests.
Quick View

A specially formulated insecticide/termiticide that helps prevent and control termite infestations in and around structures and constructions.
Quick View

A professional insecticide that provides extra-fast knockdown and kill of insects for commercial and residential indoor and outdoor areas.
Quick View

A professional insecticide with residual control of over 200 insects for commercial & residential indoor & outdoor applications including lawns and landscaping.
Quick View

A professional insecticide that provides contact and residual control of insects for commercial & residential indoor & outdoor areas including landscaping and turf-grass.
Quick View

A professional insecticide pyrethrin dust that provides quick control of many common insects for up to 6 months.
Quick View

A professional insecticide with Permethrin for ULV fogging or mosquito misting systems in commercial and residential indoor and outdoor applications.
Quick View

A microencapsulated insecticide for bedbugs, roaches, and a variety of other structural and plant pests.
Quick View

A professional ULV fogger insecticide that controls a variety of insects in commercial greenhouses for ornamental and vegetable crops.
Quick View

A professional insecticide aerosol with contact and residual control for commercial and residential indoor and outdoor applications including food handling areas.
Quick View

A professional insecticide aerosol that is a contact kill for commercial and residential indoor and outdoor applications including food preparation areas.
1 of 6
2 3 Next Last View All

Technically, mites are not insects. They are closely related to ticks and spiders and are very small. Most are 1/8 of an inch long or less; some are invisible to the naked eye. They have four basic life stages: egg, larva, nymph, and adult. Most mites are beneficial, as they break down organic matter and make it available for plants to use again. Some feed on plants (which make them pests in gardens) and some feed on animal hosts, but most feed on organic matter. Mites that feed on plants or specific animal hosts will not be able to successfully reproduce on humans; they need their proper hosts to survive.

Most mites eat plants or other insects. You will not often find mites on humans, and mite bites on humans are usually caused by chiggers or scabies-causing mites.

The list below will help you to identify the mites that may be causing you problems. We carry products (repellents and sprays) and other mite treatments that can help you to get rid of mites, and show you how to kill mites, and we can give you helpful advice to control any mite infestations and carry out your own mite extermination.

Bed Mites: See Dust Mites.
Bird Mites: These mites feed on avian hosts. They can cause major problems when a nest is abandoned or the bird host dies. They can infest homes as they migrate to find a new host and bite humans and animals to test the viability of host. They need bird hosts to reproduce. They only survive a few months in the home, but the sheer numbers can cause a family to flee their home. We will be happy to give advice if you have a positive ID of this mite from an entomologist.
Carpet Mites: This is not a species of mite. It could be other mites (like dust mites) or carpet beetles.
Cat Mites: See Demodex Mites.
Chicken Mites: Also called the red poultry mite, this mite feeds only on the host at night, hiding in chicken coops or in the area until dark. The chickens and area can be treated with Evergreen dust.
Chiggers (Red Harvest Mite): Chiggers are the immature stages of the red harvest mite. They do not burrow into skin but into the hair follicle, injecting saliva that dissolves tissue that they ingest. They cause intensely itching welts and prefer waist bands or sock bands (any constricted area). The mature stages of the mite are predatory and feed on the eggs of insects like mosquitoes.
Clover Mites: These are plant-infesting mites that can infest the home, but they do not bite.
Dust Mites: These mites are often associated with allergies. The body parts from the dead mites are so small they can become airborne and inhaled. They do not bite. They feed on skin cells and hair of humans and animals.
Demodex Mites: These mites live in or near hair follicles of mammals. They are often called “eyelash mites” and can cause some skin diseases. There are two kinds; one lives on humans and one mainly on dogs, and in dogs can cause mange (demodedic mange) or scabies on humans. Tengard is labeled for Demodex Mites, but it can only be used on livestock.
Dog Mites: While this is not exactly a species of mite, there are many kinds of mites that can affect dogs. See Demodex Mites for more information.
Ear Mites: While several mites can live in the ears of your pets, the most common “ear mite” is the otodectes cynotis. It is very small and feeds on the wax and oils in the ear canal. Most commonly found in outdoor cats, humans are immune to these mites. Veterinarians can help to treat this mite in your pet.
Eyelash Mites: See Demodex Mites.
Gall Mites: There are many species of this mite and they cause plants or trees to develop balls (called galls) on leaves or branches. If the tree is healthy no treatment is usually needed.
Grain Mites: These mites can be quickly eradicated by throwing out the infested food and clean the area of infestation. Usually no products are recommended.
Harvest Mites: Larval stage Chiggers. See Chiggers for more information.
Mange Mites: See Demodex Mites.
Paper Mites: These are similar to “sand mites.” They do not exist, but are blamed on mysterious rashes or bites in offices or libraries. The real culprit could be scabies-causing mites or fleas.
Predatory Mites: These mites are beneficial because they kill off mites that damage plants (like spider mites).
Plant Mites: These insects damage plants and can cause discoloration and premature drop off of leaves or buds.
Rat Mites: These are similar to bird mites, yet use rodents as their hosts. They are often treated like bird mites.
Red Mites: See information below under Red Mites.
Sand Mites: This is not a species of mite. Often times, people blame “sand mites” for bites from unknown insects when on the beach or in a sandbox.
Scabies Mites (Sarcoptic Mites): These mites are similar to Demodex Mites but burrow into skin instead of hair follicles. This causes mange in animals and scabies in humans.
Skin Mites: Usually referring to chiggers or mites that cause Scabies, like Sarcoptic Mites.
Thread-footed Mites: This is a plant-infesting mite that causes leaf damage. Neem oil, and insecticidal soap is often recommended.
Spider Mites: These are classified as arachnids and can cause severe damage to plants. The two-spotted spider mite is the most significant of spider mite species because of the crop damage they cause.
Varroa Mites: These parasitic mites prey on honeybees, especially the drone brood, by sucking the blood from the bees. They can devastate bee colonies.
Velvet Mites (and Red Velvet Mites): These mites can be found in gardens. They are parasitic to some insects and harmless to humans and animals.
White Mites: This is a very broad description of many mites. It could possibly be a type of spider mite, but could be a number of mites. White mites are not a stand-alone species.
Wood Mites: These are not a species of mite, but mites seen outdoors are often called “wood mites.”

There are thousands of mite species, and although they are extremely tiny, some can be seen easily because of their color. Tiny red mites show up clearly against green foliage or white paper, and may show up anywhere from your windowsills to your tomato plants. It can be difficult to identify which mite you may be dealing with. Identifying the mites can determine whether the tiny red bugs are harmful to you or your pets or your garden. Here is a short list of some common red mites.
Chiggers: Chiggers are very tiny red bugs that live in low, damp areas (like woodlands and near lakes and streams) and are most active in early summer. The larval stage of this mite is what causes the painful, annoying itching along tight fitting clothing like socks and waistbands. The larvae can be yellow, orange, or red with three pairs of legs (versus four for adults) and hairy bodies. They are often mistaken with clover mites, a harmless red mite that may infest your home.
Clover Mites: These small red mites mostly feed on grasses and are often found near home foundations on sunny sides of houses. They cause little damage to grass and plants but sometimes find their way into homes because of their very small size.
Spider Mites: Some species of spider mites appear reddish. All spider mites feed on plants by sucking out the plant’s chlorophyll, causing leaves to yellow or brown and small white spots (stippling) may appear. All spider mites have eight legs and a lack of a separate head.
European Red Mites: These mites are bright red with round bodies and white spots on the base of the hairs covering their backs. They feed on plants (mostly fruit trees and shrubs) and cause mottling on leaves but not defoliation.
Southern Red Mites: Unlike other mites, these little red bugs prefer cooler weather and are most active in fall and spring. They feed mostly on broad-leafed evergreen plants, like azalea, camellia, and holly families. They are a darker red and are oval shaped.
Red Palm Mites: These tiny insects have flat bodies and a bright red color. They are not native to the United States but are beginning to be seen in warmer climates. They mostly affect ornamental and fruit palms. They can cause yellow spots on a leaf or even to turn entire leaves yellow.